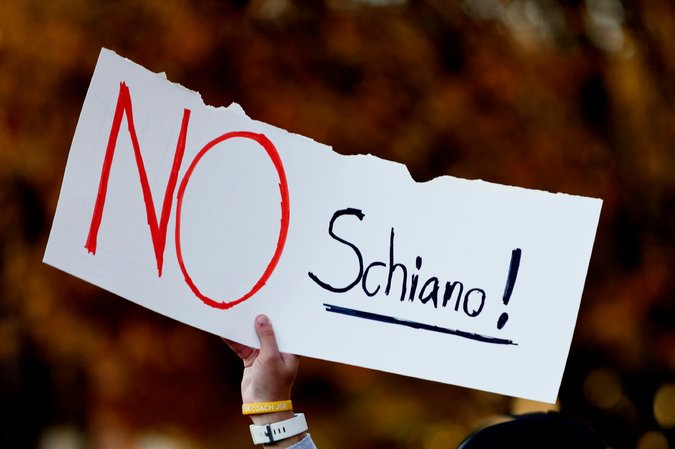 Back in high school, I worked for a major, New Jersey based supermarket chain. I worked there from the ages of 16-19. It was your regular after school job that consisted of bagging groceries, stocking shelves, and corralling shopping carts.

I also made friends with some really cool people at that job, people I probably wouldn’t have ever met otherwise. I met my senior prom date there. I met the best man at my wedding there. Some people I have stayed close with, and some I stay in casual contact with through the wonders of Facebook.

One of the guys I met along the way would end up leaving and working at a rival supermarket that was in my hometown. I don’t want to give away his identity, so we will call him Bob. Bob ended up becoming friends with a few of my friends. We never became that close, but we were friendly, and did spend some time hanging out with mutual friends. From everything I could gather, he was pretty cool guy.

I lost touch after high school with plenty of people, especially once I moved to South Jersey. On my visits to my father’s house I would still see my old friends from time to time. One time I ended up with an old friend from high school, who was a mutual friend of Bob, and we ended up at a get-together at Bob’s house.

Several weeks later, Bob was in the newspaper. He was arrested for attempting to meet up with an underaged girl for a sexual encounter. The underaged girl was really a county detective, and if you have ever seen the show To Catch A Predator, you know what happened next.

I was informed of what happened from our mutual friend the next time I saw him. I never spoke to Bob about what exactly happened, not even during the few times we ran into each other through the years. I do know he has denied it or tried to explain what happened to a few people I knew. The only thing I know is that he was convicted, served a couple of years in prison, and is now a registered sex offender.

Years later I was on a construction job in the Meadowlands. Through conversations with my foreman, we realized we were from neighboring towns in Bergen County, and knew some of the same people. One of those mutual acquaintances happened to be Bob, and once my foreman realized that I had some interaction with Bob, and had even worked with him, his attitude toward me changed. He made comments about me be friends with a pedophile. He was uncomfortable around me, and made me feel ostracized. I ended up being the first guy laid off, even though I had the second most seniority.

Now, before I go on, I must admit, that everything is true…except for the last paragraph of the story. I never lost a job because of my “association” with Bob, and it’s ridiculous to think that anyone could make the leap that my imaginary foreman made at the end of that story. Unfortunately, that’s what has happened with Greg Schiano.

The Rock on UT's campus. pic.twitter.com/aG3BXrkKOW

Since you’re reading this, you probably know that former Rutgers football coach Greg Schiano, had an agreement in place to become the next head football coach at the University of Tennessee. Most people, from fans to alumni to some media, were less than pleased with the hire.

I get why fans would be upset. Simply put, he’s not a good coach. He proved to be an inflexible poor sport who lost the trust of his players during his disastrous NFL stint. Even his crowning achievement as a head coach, his stint with Rutgers, is largely overrated. His Rutgers record is 68-67, with one top-25 finish in 11 years, while playing in  the putrid Big East conference. While it is one of the most successful periods in Rutgers football history, a record like that gets you fired at almost any other big conference Division 1 school.

When that wasn’t enough for Tennessee to not hire Schiano, the people took to their favorite social media outlets, and reminded the public that Schiano’s name was brought up by Mike McQueary in civil suit deposition dealing the Penn State/Sandusky mess. Now there was a reason for public outrage that went beyond just being a sports fan. This was WRONG! How could Tennessee hire someone like this? Where are the morals?

Well it worked, and Tennessee backed out of its proposed deal with Schiano. Morals, huh? This coming from a fan base of a school that, not so long ago, spent a ton of money and effort to cover up their own rape culture. This is nothing more than an irate fan base who has yet to realize they are barely even relevant in college football anymore, using a child rape case to get the school to back away from a job candidate because they feel he’s not good enough for them.

The evidence of Schiano knowing anything related to Jerry Sandusky is non-existent, so I’m not rehashing it here, and I’m not even going to get into the many holes in the Sandusky case brought up by people like John Ziegler (who I interviewed) and Mark Pendergrast. If the courtroom of Twitter is any indication, people care little about the facts, especially when it comes to their sports teams.  What happened here with Schiano is a travesty, that, if it happened to any of us in the real world, would be grounds for a tremendous lawsuit. While some of Schiano’s detractors have used a child rape case to cover their true motivations, one has to wonder if there would be this kind of uproar if Schiano had a career that was more like Nick Saban’s. After all, I don’t remember there being public outcry to un-retire Peyton Manning‘s number, or remove his statue, or rename that street that’s named after him, do you?